I designed the launch pages for Ben Feist’s Apollo in Real Time and several UI enhancements to the original design that Ben implemented in his original Apollo 17 in Real Time. I also created the 3D CSM/LM spacecraft stack within Apollo 13 in Real Time.

Ben Feist’s Apollo in Real Time website takes mission video, images, audio, transcript, and several other data sets and aligns them on each Apollo mission’s timelines. For the first time since the missions first occurred, people can relive them from start to finish.

Ben originally created Apollo 17 in Real Time. He then brought on a small team, including myself, to develop Apollo 11 and Apollo 13 in Real Time just prior to each mission’s 50th anniversary. I designed the Apollo in Real Time wordmark, and launch page for each mission. I didn’t want to recreate the UI design but did design a handful of adjustments for the real-time screens. For Apollo 13, I also created a 3D animation of the spacecraft to help people understand the spacecraft and where the explosion occurred. I used available 3D models and in Blender, modeled in explosion damage and texturing adjustments, lighting, and rendering.

It is always a pleasure working with the Apollo in Real Time team. They are the best of the best.

The site has been featured on the news, in magazines, and through social media. Brian May, from Queen, even loaded it on the big screen during a concert so his audience could watch the first moonwalk during the Apollo 11 50th anniversary. Apollo 11’s Buzz Aldrin and Michael Collins also posted some of my work, which will always be surreal to me. 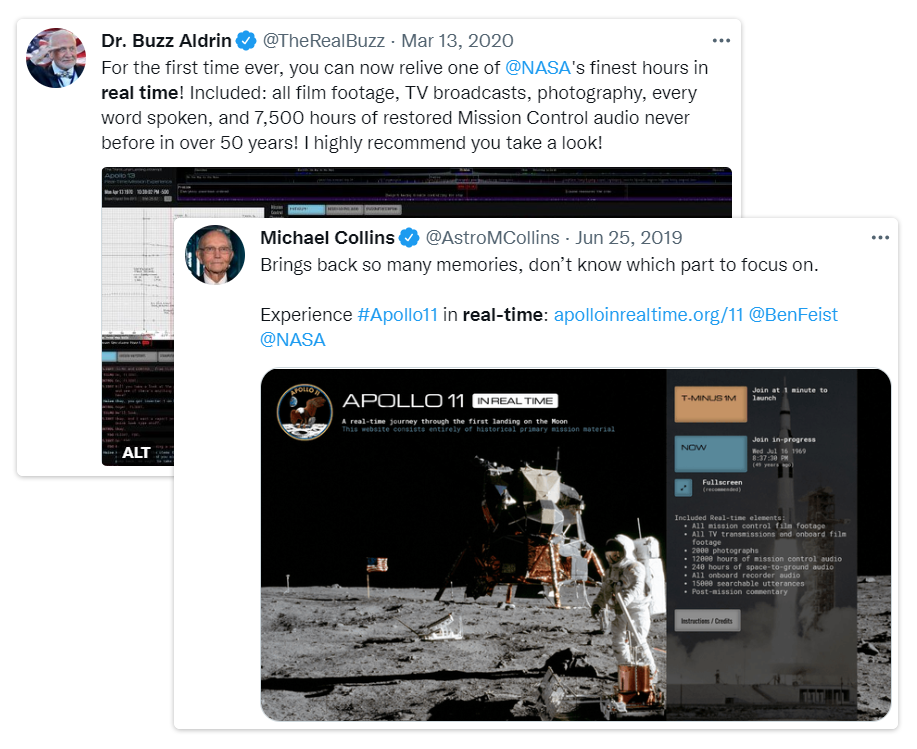